Today I drove to the other side of the state to attend a funeral for a young man who I don’t know and never met. In fact, he’s been dead for 80 years and would be a hundred if he were still alive.

Oris V. Brandt graduated from J. Kent High School in Kentland, Indiana with the Class of 1939. In March 1940, he enlisted in the U.S. Navy and completed basic training at Great Lakes Naval Station, then was assigned to duty on the Pacific Ocean. On September 18, 1941 Brandt was assigned to the battleship USS Oklahoma (BB-37) as a member of the anti-aircraft fire control team.

On December 7, 1941, while moored at Ford Island, Pearl Harbor, Hawaii, the ship was attacked by Japanese aircraft. The USS Oklahoma sustained multiple torpedo hits, which caused it to quickly capsize. The attack on the ship resulted in the deaths of 429 crewmen, including Brandt who was 20.

From December 1941 to June 1944, Navy personnel recovered the remains of the deceased crew, which were subsequently interred in the Halawa and Nu’uanu Cemeteries. In September 1947, members of the American Graves Registration Service disinterred the remains of U.S. casualties from the two cemeteries and transferred them to the Central Identification Laboratory at Schofield Barracks. In 1949, a military board classified those who could not be identified as non-recoverable, including Brandt.

Then in 2015 advances in forensic techniques prompted the reexamination of unknown remains associated with the Oklahoma, and Seaman First Class Brandt’s remains were eventually identified on February 20, 2019.

Brandt is returned home to Newton County (Indiana) nearly 80 years after the attack on Pearl Harbor. His remains were laid to rest next to his parents in Oakland Cemetery. 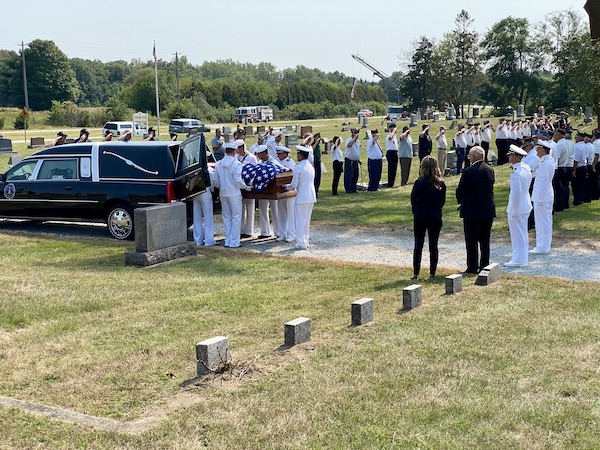 For some reason I felt compelled to attend that service today. I was concerned that few would show up given his death occurred so long ago, but I needn’t have worried about that. Local veterans groups, law enforcement, firefighters, and a large crowd showed up for a final goodbye. The Military did an amazing job all around, not just identifying his remains, but orchestrating a funeral with full military honors. 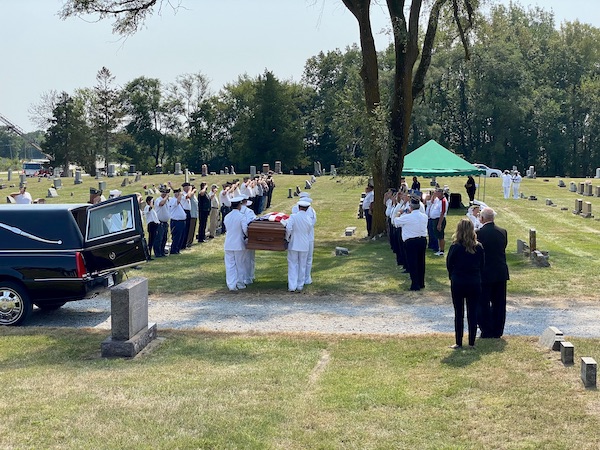 Mostly I just wanted to pay respect to a fellow Hoosier who was one of the very first American’s to be killed in World War Two. Being there today to watch him being finally laid to rest at home was the least I could do for one who gave his life in service to his country. 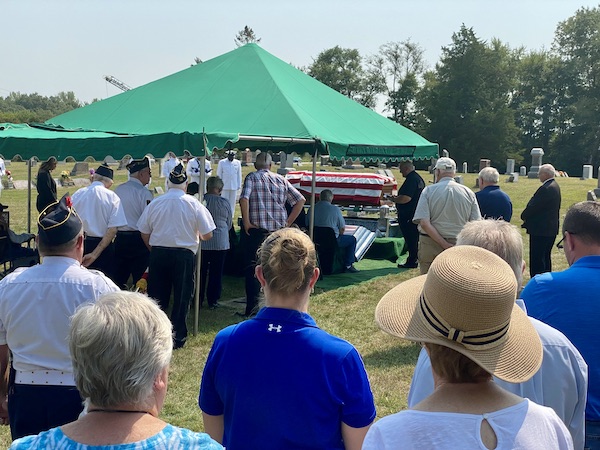 In the words of Belloq, “we are simply passing through history. This, this is history…”