Summer in the Heartland is off to a bit of a rough start. The heat wave that visited us last week drove temperatures into the high 90s for days before cooling down over the weekend. This week we are heaed back up into the high 90s for another round of hot weather. This is unusual because it’s just June and summer doesn’t officially begin here until tomorrow.

We typically see high temperatures later in the season, like mid to late August. But the recent high temps have been 13 degrees higher than normal for this time of year and I’ve noticed my grass seems to have stopped growing, something not usually seen until August. In any other year I’d still be mowing twice a week right now, but the extreme heat has dried everything up and there’s almost no rain in the forecast. 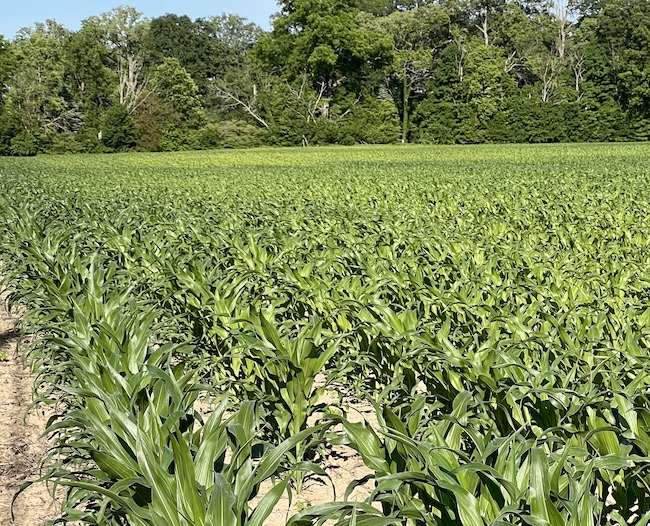 We took a Sunday afternoon drive yesterday (yes, even with gas at five bucks a gallon!) out into farm country and noticed that the corn isn’t progressing as well as it should either. Conventional wisdom here is that the corn should be “knee-high” by the 4th of July and while there is still time to make that (two more weeks) it probably won’t without some additional rainfall. In fact, that bit of folk wisdom didn’t count on the impact of fertilizers and pesticides. These days the corn should be even taller owing to the chemicals used in modern farming.

We stopped at a couple of farmstands along the way and there wasn’t much being offered in the way of fresh vegetables for sale either and we recalled news in the spring about the high-cost of fertilizer this year that prompted many farmers to say that they wouldn’t be using nearly as much this season.

It’s tough to see how a nation as populous as this one can feed its people without heavy doses of fertilizer and a decent growing season. If farms underperform then prices are going to continue to climb at the grocery checkout. But that would be good news compared to a widespread crop failure that might make food difficult to obtain at any price…