Yesterday morning’s rain storm caused me to skip my daily walk. I don’t mind getting wet, but there was thunder and lightning so I gave myself a pass for the day. This morning it’s raining again but with no thunder and it’s so much cooler that I had to get out and feel the weather. I actually like walking in the rain so while I didn’t do a full four miles today, I did get in two and a half miles before calling it quits. 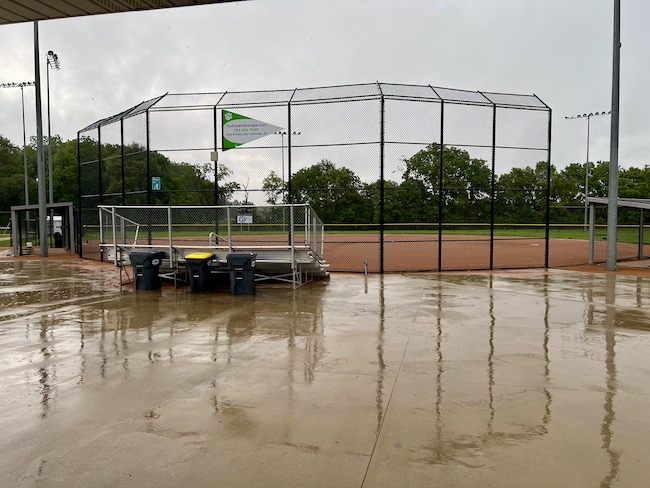 During the walk I enjoyed the latest edition of the SolderSmoke podcast. At the 36:21 mark Pete dropped a sharp yet restrained rant on the new ARRL Radio Lab that’s worth a listen. It was the first I had heard about it. Despite being an ARRL Life Member I don’t pay much attention to the organization anymore. It’s become a pitiful source for ham radio news and I know they have been running around like crazy people trying to guide the hobby by whatever navigational beacon some marketing firm promises them they can attract younger enthusiasts.

For me the endless calls for change to “save ham radio” is another version of American politics. I’ve lost all interest. You ever hear the story of the boy who cried wolf? Every election is now apparently “the most important election in the history of the USA and the future of democracy depends on your vote”. I just don’t care. I feel terrible that we’re going to leave our children and grandchildren this steaming pile of dog crap that defines 21st century America, but such is life on a spinning rock lost in space.

Anyway, Pete’s rant was about the oddly spartan nature of the new ARRL Radio Lab. A “movable table with a keyboard and two monitors” (along with some rack-mounted commercial equipment) is the way he put it. No test gear, not even a soldering iron. This is a modern radio “lab” you say?

(By the way, kudos to the intern in the video, KI5HTA, who did an excellent job describing this new ARRL project)

This isn’t surprising, ham radio continues to move further from its foundation of technical skills and know-how and anyone you ask about it will tell you these changes are necessary in order to keep up with the times. Many declare that everything about the hobby has to change. Ham radio is too old, too antiquated, too difficult to understand, too racist, too deeply ingrained with misogynistic attitudes, not interesting to young people, there’s not enough internet, software, or big HD screens, it needs more sizzle, less bacon, blah, blah, blah.

Like with politics, I’ll leave it to others to fret about the future while I continue calling ‘CQ’ until ham radio dies, or until I do. Or until the only signals left to be found on any band is FT8 and I wouldn’t bet against that happening before the rigor mortis sets in…