Way down in the South Atlantic Ocean, somewhere between Africa and South America lies the isolated island of Saint Helena. 1,200 miles from it’s nearest neighbor, the 4,700 square mile island with a population of around 4,400 remains a British possession, one of three constituent parts of the British Overseas Territory that also includes Ascension and Tristan da Cunha. 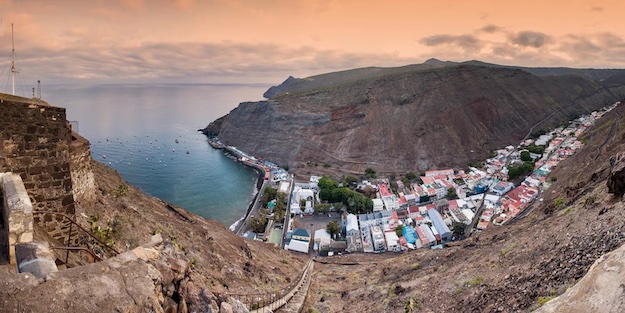 I didn’t know anything about Saint Helena before the IOTA contest last weekend, I couldn’t even point to it on a map. You learn a lot of world geography while chasing DX. To be clear, ZD7 wasn’t in my log before or after the contest. I wasn’t even home.

But I thought the weekend activity might be a good chance to test a feature of my primary logging application, MacLoggerDX. A built-in alarm can monitor a DX cluster and filter the spots through options I setup so that when a particular spot of interest arrives it can send that info to my phone.

In this case, my selections caused the alarm to activate whenever DX was spotted on 15 CW and not already in my log. Multiple bands and modes can be added, but I didn’t want to leave the house and have my phone bombarded by DX spots.

That all worked to plan. While I was at the grocery I received a message that ZD7BG was spotted on 15 CW. Given that I wasn’t home this was informational only. But later when I returned I was curious enough about the island I have never worked to do a little digging.

Best I can tell there are only a handful of active radio amateurs actually living on Saint Helena. Given its remote location and few potential operators I assumed it might be fairly rare. I suppose “rare” is a different thing to different folks but I was surprised to discover it only #194 on the Most Wanted List. Sure, I need it in my log, but even I don’t consider that ranking to be “rare”.

A little searching turned up that Saint Helena has been frequently visited by DXers who also activate the island. The most recent I found was a visit by Gerard G3WIP who spent three months there in 2021.

I assume this kind of temporary activity from outside visitors along with a little activity from licensed “Saints” on the island works to keep ZD7 down the list and for that we should all be grateful.